So was the general, and admittedly ironic, opinion of apartment residents living across the street from two recently demolished La Esplanade Apartment buildings in Pacifica. The middle two of the four-building complex, all with their backs to the Pacific Ocean, were torn down by the city of Pacifica over the winter of 2015-16, before the crumbling bluff behind them could do it first. 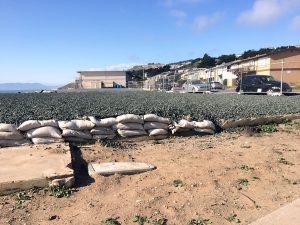 The foundations of the two demolished buildings were filled in with gravel and supported, in some areas, by stacks of sand bags.

The sad tale of the La Esplanade Apartments is not over. The twenty units of 310 Esplanade (right) will likely be the next to go.

310 Esplanade was ruled uninhabitable by the city of Pacifica in January 2016.

When the La Esplanade Apartments were built in the early 1970s, on a bluff overlooking the Pacific Ocean in the Bay Area coastal community of Pacifica, lucky residents were treated to an incredible ocean view out their back windows and balconies. Before them lay a couple of hundred feet of ice plant-covered ground before the bluff fell away to the beach far below.

Some 45 years later, the La Esplanade Apartments have fallen victim to the steady erosion of the bluff that once protected the apartments from the sea. Today, the bluff is all but gone.

Long gone, too, are the residents at 320 Esplanade Ave, evacuated in 2010 when the bluff gave way right up to the rear patios of the 20-unit building, as it did to 330 Esplanade, its smaller 12-unit neighbor to the south.

The San Francisco Chronicle has put together an excellent photo gallery on the steady 40-year erosion of the bluffs behind the Esplanade Apartments that eventually led to their destruction. 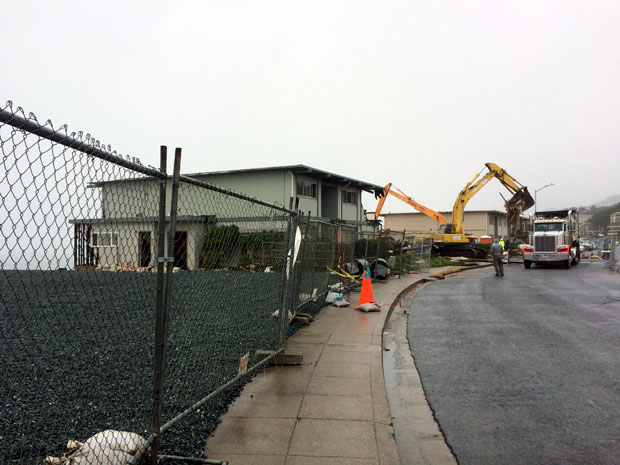 330 Esplanade was leveled in December 2015, before cliff erosion progressed to the point that the rear of the building could collapse down to the beach below. The site was cleared down to its cement foundation, covered in heavy black plastic, filled in with small rocks, and fenced off.

It must have been a lovely view. 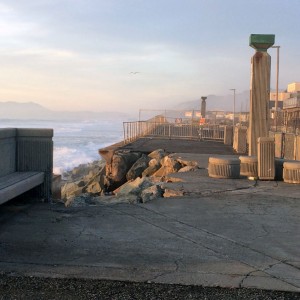