Back to the Ocean!

On July 16, 2016, the Marine Mammal Center released four rehabilitated California sea lions in Morro Bay. After witnessing dead and dying sea lion pups in 2013 and 2015 on Malibu beaches, I was moved to tears to see these pups so excited to get back in the water. Here are their profiles. Note that the person who first finds the sea lion doesn’t know the animal’s gender but gets to name it.

Glenn, a female California sea lion pup, was first rescued on February 18, 2016 at Oceano Dunes, San Luis Obispo County and released on April 15, 2016. She was re-rescued on May 4, 2016 at Del Monte Beach, Monterey County.

Sunset Willie, a female California sea lion pup, was first rescued on February 18, 2016 at Sunset Beach, Santa Cruz County and released on May 9, 2016. She was re-rescued on May 22, 2016 at Monterey Harbor, Monterey County.

Reason for rescue: trauma to both eyes and malnutrition.
Note: Corneal Edema will be cleared up in seawater. 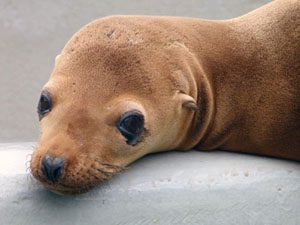 Reason for rescue: Ataxia (lack of muscle coordination), swollen right side of jaw, wound on chin, and malnutrition.

Here’s the video of their release: